Posted About Three Weeks Ago by Lisa Clark

“Congratulations to these 24 men and women who have dedicated themselves to 20 weeks of extensive basic training,” said Gov. Beshear. “I ask the commonwealth to join me and First Lady Beshear in prayer for a safe and fulfilling career of service for these heroes.”

“I am proud of your commitment to learning the skills and knowledge presented in the Basic Training Academy and wish you success in implementing this training in your home communities,” said DOCJT Commissioner Nicolai Jilek. “You now carry with you the responsibility of serving with honor, integrity, fairness and transparency. Take this responsibility to heart and the people you protect will see how much you care.”

Class 530 graduates and their agencies are: 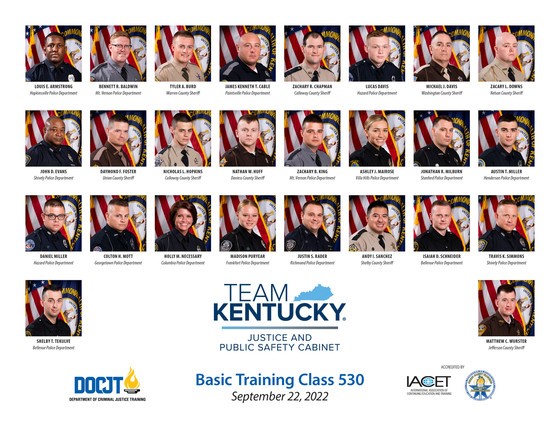